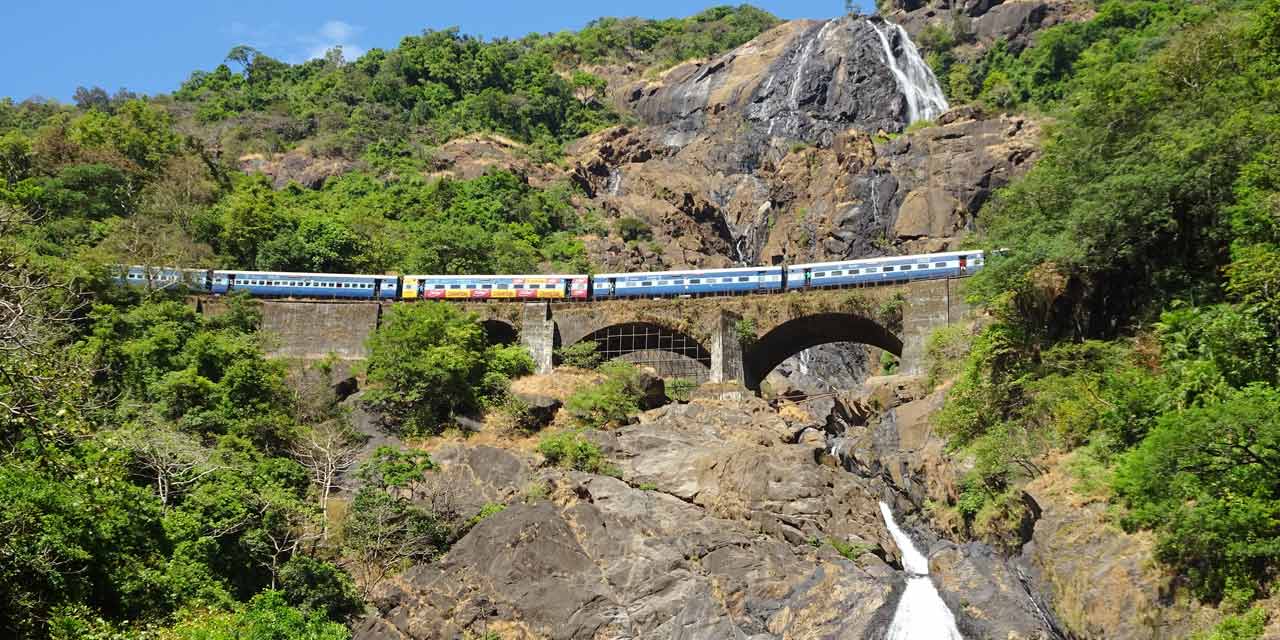 With the literal meaning as “Sea of Milk”, Dudhsagar Waterfall boasts of a breath-taking scenic beauty. Located inside the Bhagwan Mahavir wildlife sanctuary, in the Sanguem district, it is quite close to the Karnataka border. It is at a distance of about 60 km from the Panaji city.

With a whopping height of over 1,000 feet, the stream of water falls amidst the lush greenery of tropical forest, creating a scene worth capturing. One can visit the waterfall throughout the year except monsoon, as the roads are closed during rainy season. The roads open in the month of October.

There is a legend associated to the waterfall, according to which, this place was one of the favorite places of a beautiful princess. After her bath, she would often drink sweetened milk from a jug made of gold. Once, while doing the same, she saw a handsome prince who was looking at her while she was drinking her milk. To hide her modesty, she poured the milk from her jug, forming a white curtain in front of her. As per the legend, the sugared milk that the princess poured down still flows down the mountains in honour of her virtues.

For staying near the waterfall, you have the forest guesthouse that is run by the Karnataka Tourism Development Corporation. There are various choices for luxury as well budget accommodation at Madgaon as well.

It is advisable to carry water bottles and something to eat as there are no shops near the waterfall.